When Will the Price of Bitcoin Bottom Out?

People are wondering when and at what price bitcoin will bottom and there are many opinions on this matter.

This article will not explore a certain price or date when bitcoin will bottom but some of the characteristics that need to be shown to know that a real bottom in place. Instead, this article will explore the concepts of panic selling and capitulation as well as what a bottom will look like if these things occur. To date, you have not seen either of these things play out in the bitcoin price, as the selling has been very orderly for quite a while.

What are capitulation and panic selling?

Essentially, capitulation comes from panic selling. In essence, capitulation is the final phase in an extreme downtrend when sellers are willing to get out at any price (this is where the term “panic selling” comes from). It happens on tremendous downside volume at time when there are no buyers to be found. This can be called a “buying strike.” This leads to a cascade of selling that becomes disorderly and looks like it may never end. This image defines it: 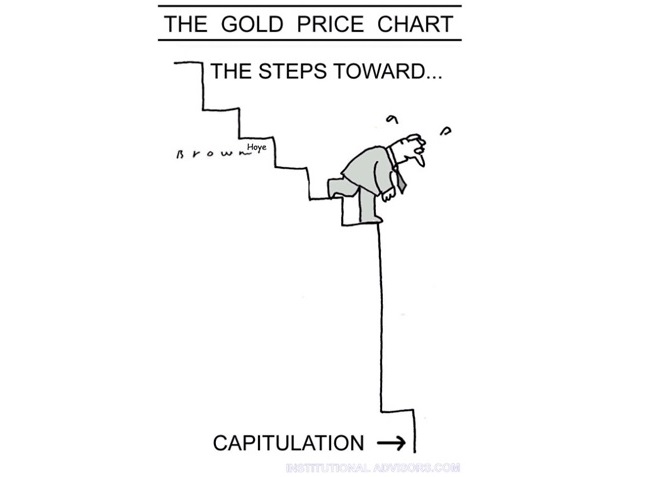 Notice the orderly steps down at the beginning followed by a free-fall. The free-fall looks like the bottom but there is usually one more step down, which leads to despondency and malaise. It generally ends in a selling climax. The selling begets more selling and it looks like the price will never stop going down. Below is a chart of the S&P 500, which I have labeled based on the famous Fear and Greed cycle chart. Notice in the chart above the increase in volume on the downside. Volume generally increases dramatically in down moves. The red line going through the volume is a 50 day moving average of volume and shows a massive increase as we entered panic selling and capitulation.

At bottoms, volume generally falls. This is because the selling reaches a climax and there is no one left to sell and the buyers have left the building. However, there are signs that finally the selling is done in the form of different chart patterns forming something that resembles a Bullish Engulfing Pattern or a Hammer with a very long tail (if you use Japanese Candlesticks). Tone Vays has done a great job of discussing these patterns here and showing what they look like.

The bitcoin chart has reached a state of denial according to the greed and fear cycle.  Despite all of the good news, including the reopening of Bitstamp the price keeps heading lower.

The bulls keep holding on thinking the price has gotten low enough. Unfortunately it hasn’t. Until the perma-bulls start to get scared and start selling thinking the price is going to 0 as well as we see shuttering of mining activities and businesses closing their doors, it’s very hard to say we have a true bottom.

Below is the BTC chart where the selling has been too orderly and no bottoming patterns have taken shape. 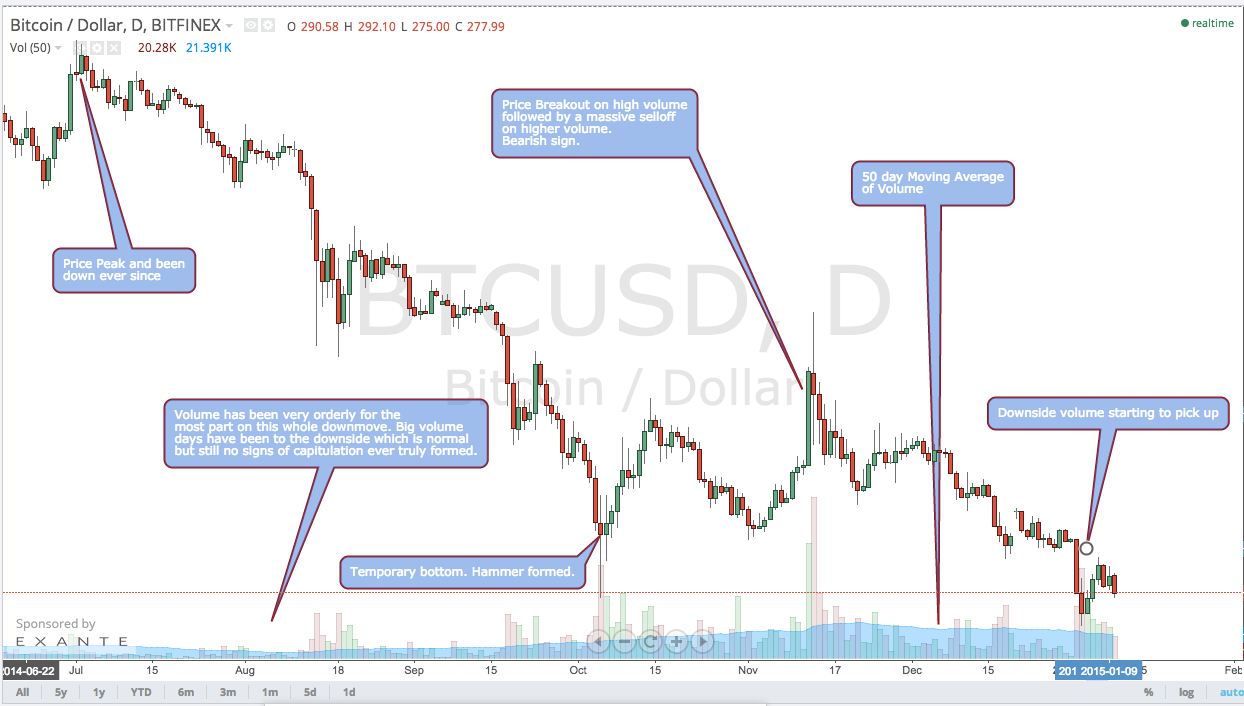 Once we get to a point where people are no longer focusing on the price as the main indicator, the innovation in Bitcoin will become the focus again (which it should have always been) and there is a good chance that’s when we will see the real bottom as well.